Nevis Island, West Indies... known for its laid back, and non-commercial, fun and relaxed vibe. Nevis is a quiet remote place in the Caribbean unlike any other island. There is a real sense of community and harmony. It is a place where a friendly smile and wave are sincere and genuine.

When the World Ocean Conservancy announced Sept 21st 2013 as the international Beach Cleanup day, Community volunteers on Nevis stepped up once again to organize an island wide clean-up of the entire perimeter where the land touches the sea. 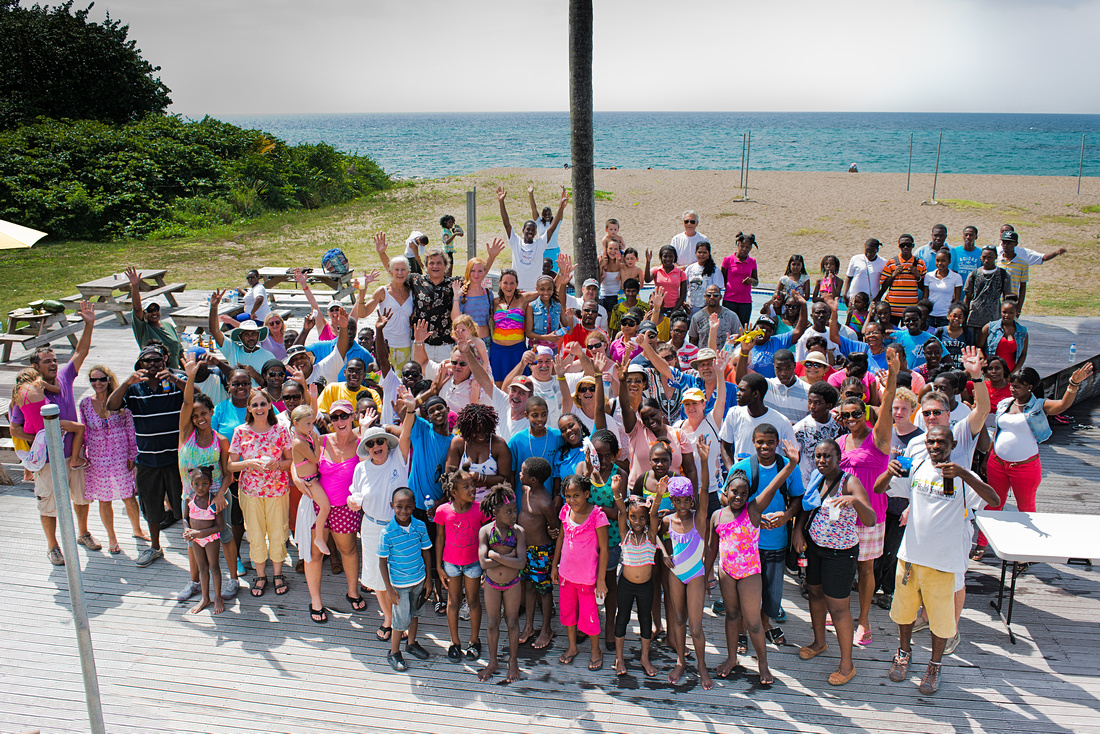 Mrs. Joan Robinson, who was a director of the Nevis Historical and Conservation Society at the time, was the first to organize the event in 1991. She did it for many years and Miriam Stout Knorr started helping her. Mrs. Robinson became ill and passed away.  Kay Loomis organized it one year and since then, Miriam has been Organizer for the last 12 years. 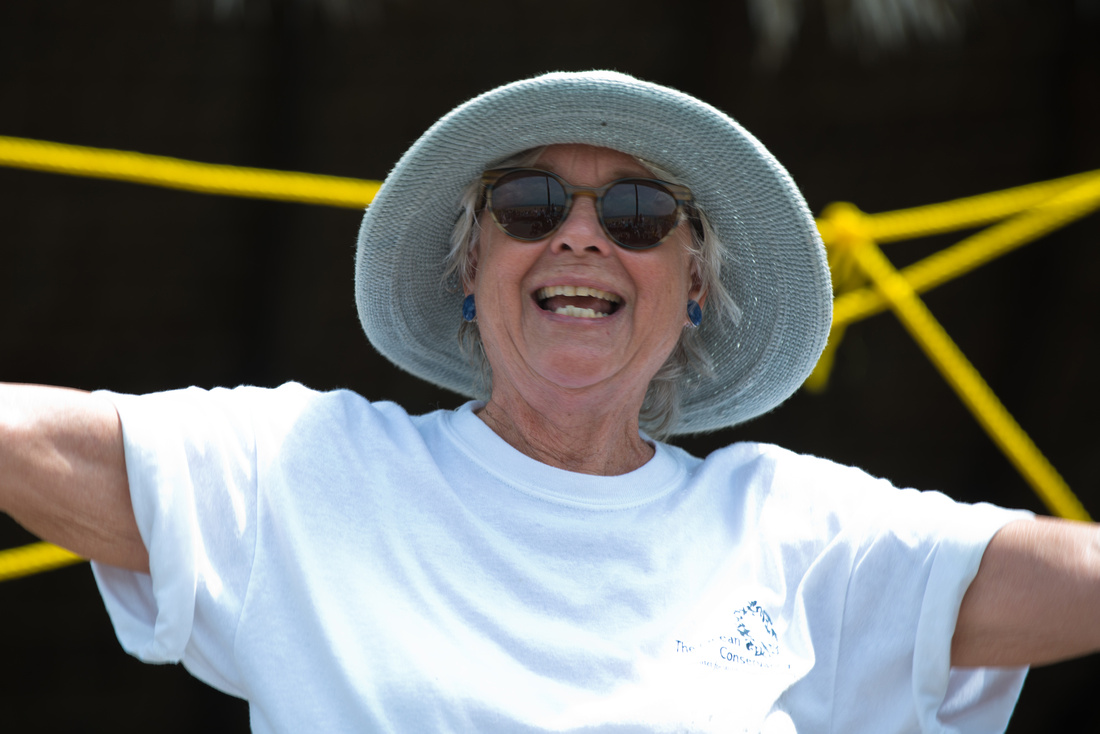 The Solid Waste Management Authority has been the organizations government partner from the beginning …they coordinate the collection of the reused food bags filled with litter along the Main Island Road and take them to the solid Waste facility without charging any tipping fee. In Previous years, Volunteers picked up over 7000 pounds and the savings was substantial.

The Minister of Tourism, The Hon Mark Brantley, came to assist with the cleanup and then speak to the crowd at the after Party Lunch. Miriam gave him a personal invitation to come along with the statistics from last year. 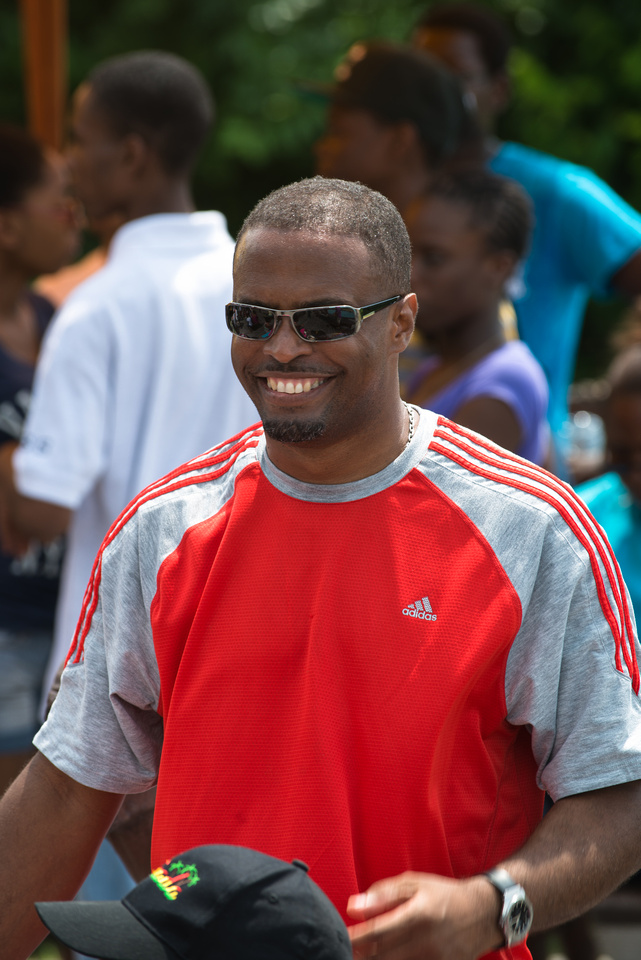 Gary Colt, Owner and Founder of Coconut Grove hosted the Lunch after-party for hundreds of hungry and thirsty volunteers at his restaurant located on Pinney’s Beach. 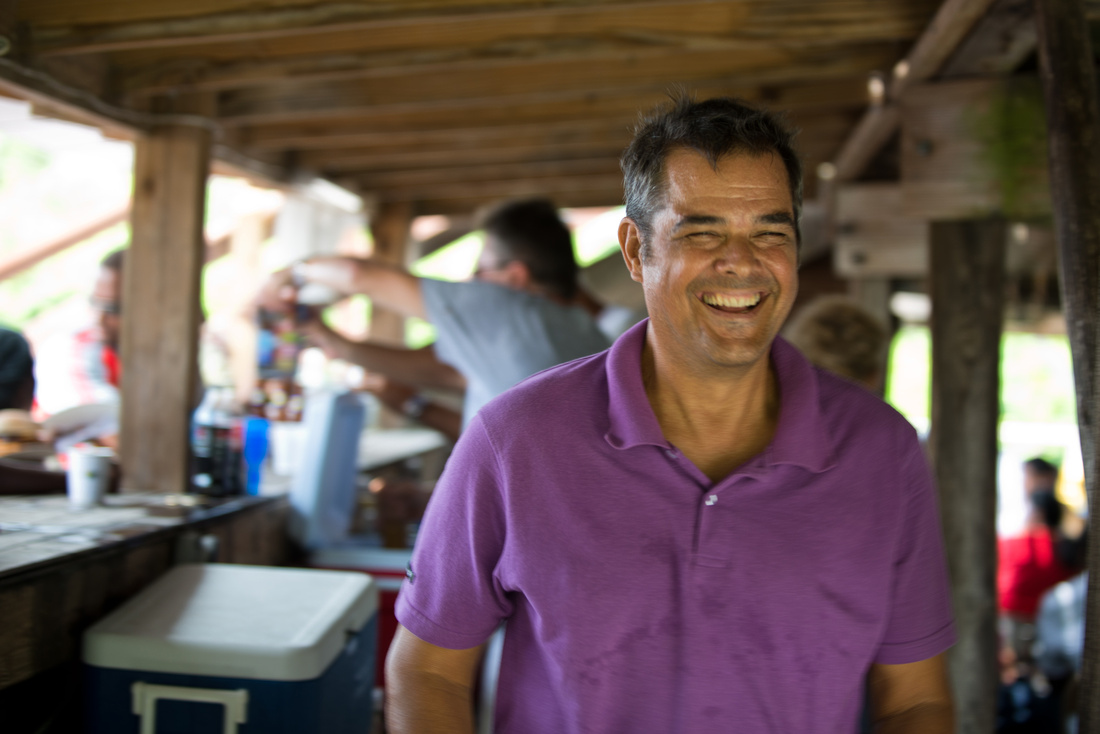 None of this could have been possible without the generous sponsors of this event:

IFG Trust Services,( the biggest donor for the last 5 years), 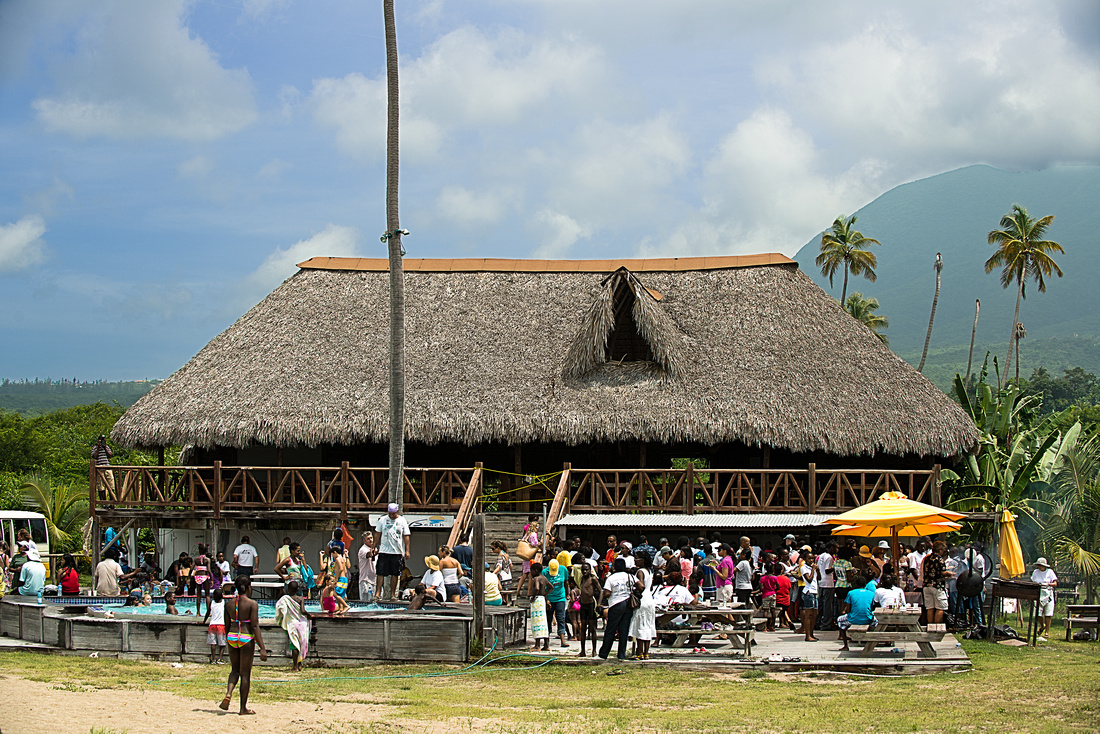 St. Kitts has their own Ocean Conservancy coordinator, Andy Blanchete from the Dept. of Planning and Environment but Miriam organized 2 groups in St. Kitts to participate next Saturday when St. Kitts is having their cleanup.

Medical University of the Americas- Beach below the school 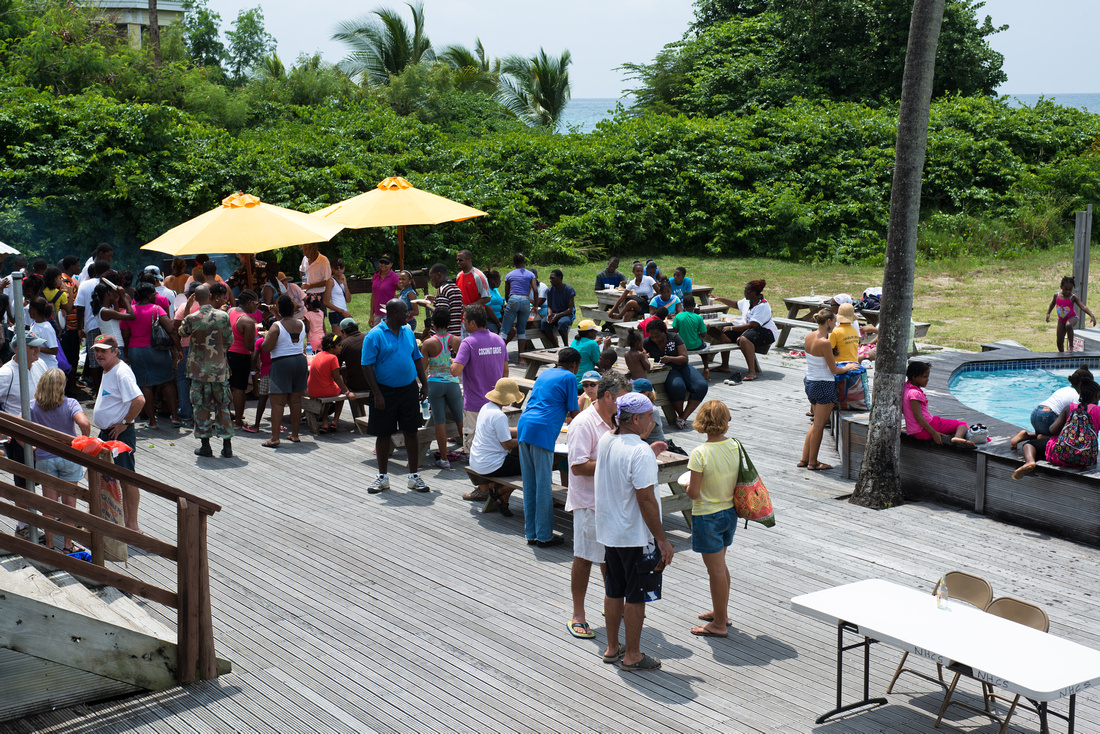 Nevis Turtle Group gets a special mention not only for their cleaup efforts, but also for their dedication to protecting Sea Turtles that come to nest on the beaches of Nevis. This young group led by Lemuel Pemberton has spent many sleepless nights, relocating nests which were in danger of beach erosion, as well as covering tracks left by nesting turtles. More to come in another blog, after spending some time with them late nights on the beach. 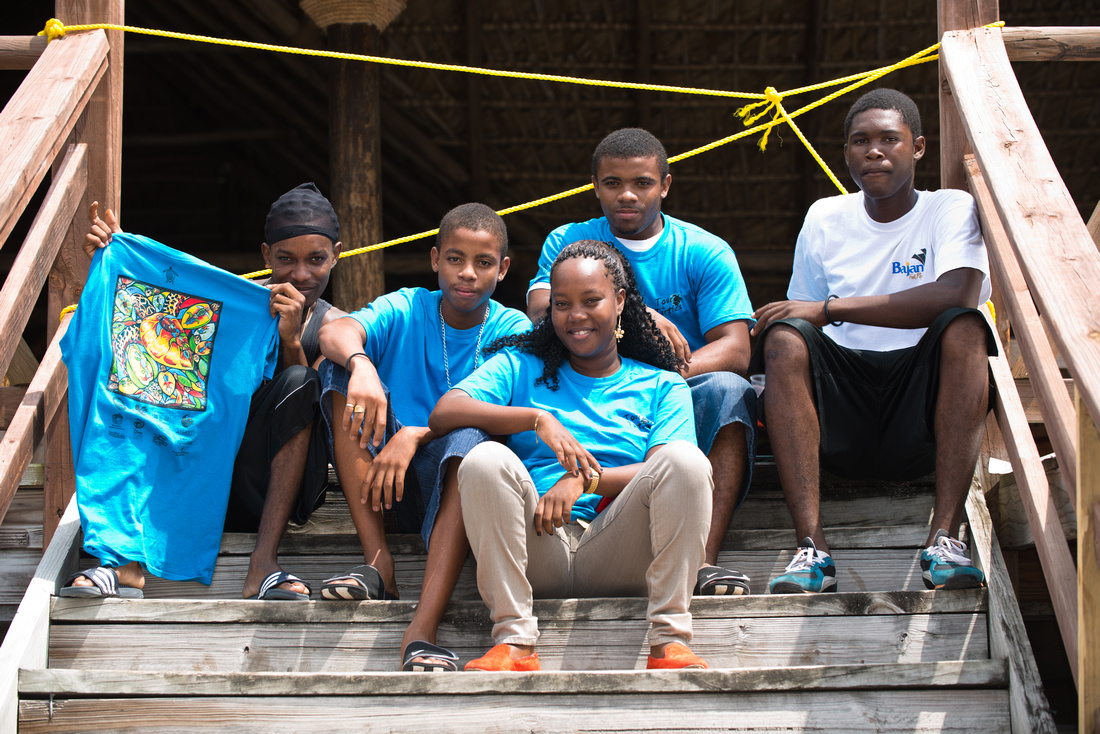 A Special Thanks to everyone who assisted in Making the 2013 Nevis Beach Cleanup as well as the after part a great success. If I missed you, I apologize and will edit this post after I receive all of the stats. Feel free to go to this gallery of images at my Website and download free full size resolution images. 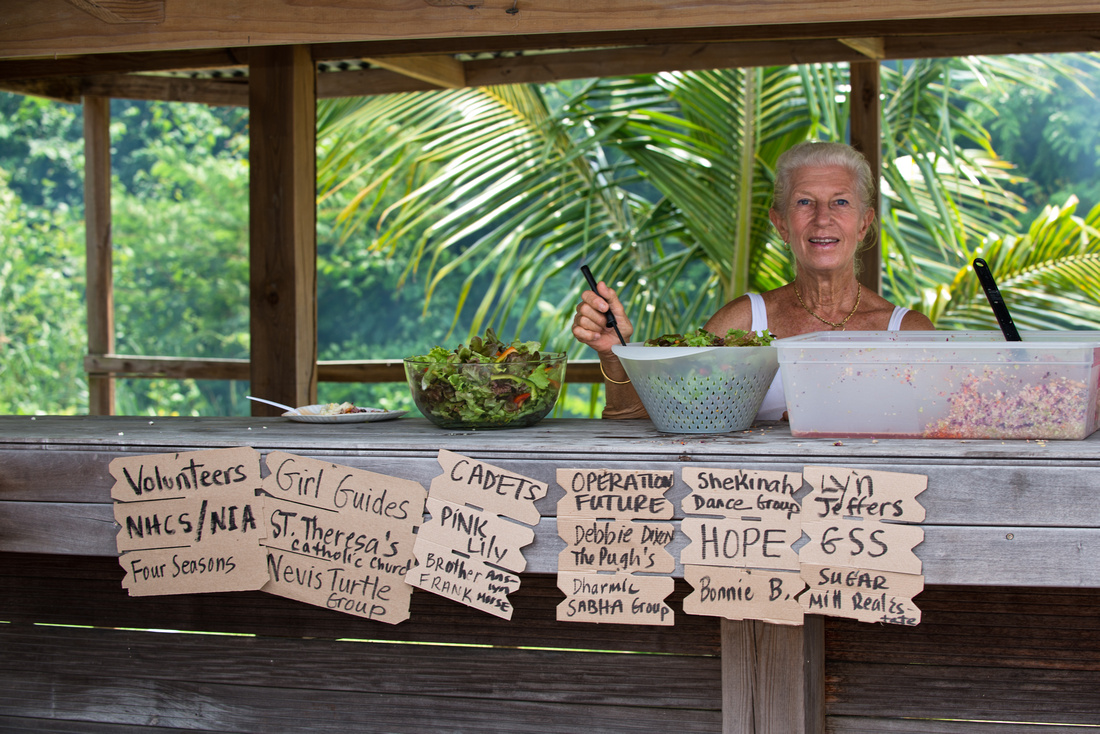